The Urok Islands of Guinea-Bissau, West Africa, occupy the northern area of the Bijagós Archipelago, and include three inhabited islands (Formosa, Nago, Chediã) and several sacred islands. More than 3,000 people inhabit the islands. The Uroks have remarkable biodiversity in its coastal and marine areas, hosting the largest concentration of migratory waterfowl that winter in the Bijagós Archipelago as well as manatees, dolphins, crocodiles and otters. Its dense mangrove cover and sandy shores and inlets are home to abundant populations of fish, crustaceans, and mollusks. The islands’ interior includes palm groves, grassy and shrubby savannas, and forests where wild food and medicinal plants thrive.

The Women’s Forum of Urok (FMU), composed of smallholder women farmers on Formosa and Nago, recognizes more than 100 of their members as “seed guardians” who conserve heritage seed varieties important to local food and cultural sovereignty. The women and men farmers of FMU are collaborating with Tiniguena, a national NGO in Guinea-Bissau, to expand the sowing of heritage crop varieties and establish community-managed seed conservatories housing culturally and economically strategic seeds in Urok.

Tiniguena means “this Earth is ours” in Cassanga, the language of one of 30 ethnic groups in the socio-cultural mosaic of Guinea-Bissau. Tiniguena’s vision is that Guinea-Bissau must be a place where people can live in peace, to benefit present and future generations. For nearly two decades, Tiniguena has worked with local communities to support participatory management and governance of the Urok Islands, which are part of the Biosphere Reserve of the Bijagós Archipelago off the west coast of Guinea Bissau. The Biosphere Reserve is now a candidate to be designated as a UNESCO World Heritage Site. It comprises 88 islands and islets, many of which are considered sacred by the Bijagó people, who traditionally inhabit the islands and maintain ways of living that are respectful of the environment.

Bijagó society is matrilineal and gerontocratic (leadership of elders). Women and elders have specific roles in managing the natural spaces and resources that frame their way of life. Despite the efforts of the FMU and Tiniguena, communities of the Urok Islands face challenges to safeguarding their sacred spaces, heritage seeds, and ancestral knowledge from external interests wishing to economically exploit the Urok’s rich biodiversity. With respect to farming, traditional Bijagó crop and soil management prioritizes principles of family and community solidarity and harmony. And biodiversity is viewed by farmers as fundamental to preserving the spiritual and cultural identity of Bijagó people via the use of plants and seeds in rituals and ceremonies. To this end, in 2005, Tiniguena persuaded the Government of Guinea-Bissau to approve the creation of the Urok Community Marine Protected Area (AMPC Urok), which is now part of the West Africa Protected Areas Network (RAMPAO), a model for participatory natural resource governance.

Return to the November 2017 Newsletter Index 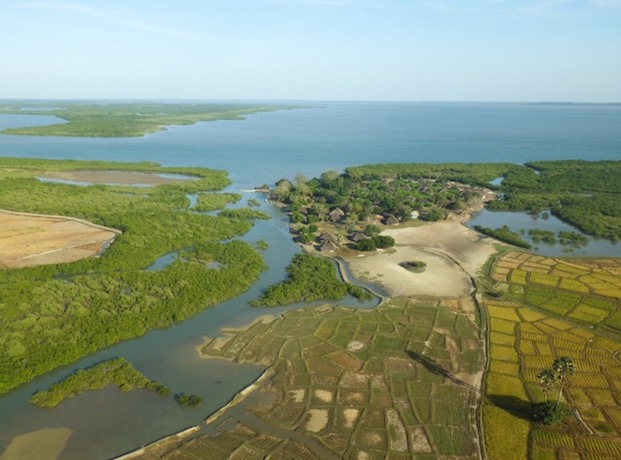 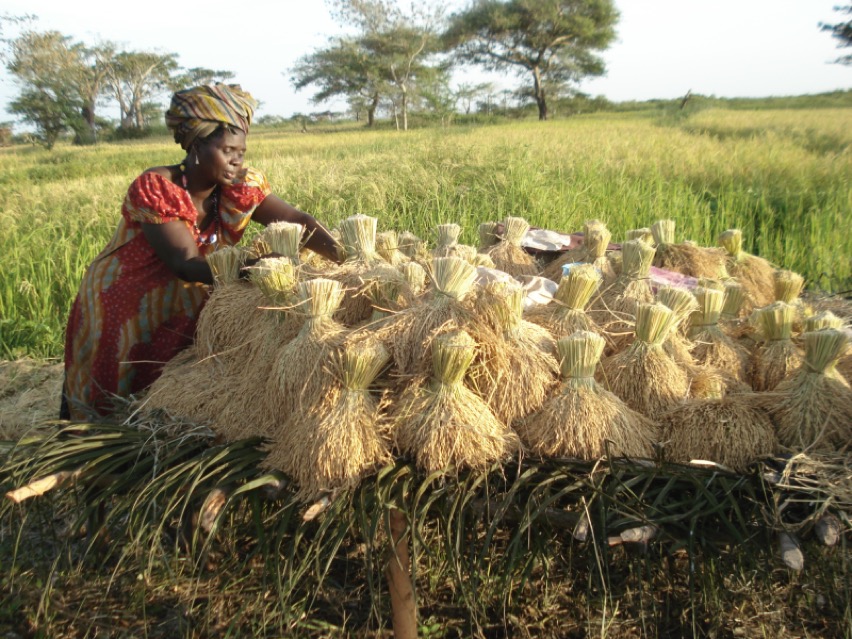