Kyrgyzstan’s climate is ideal for growing vegetables and seeds. Before the Soviet Union disintegrated, Kyrgyzstan was one of its main sources of food production. When the Soviet Union’s political economy crashed 30 years ago, the massive cooperative farms that supplied its commodity crops for export were split into 400,000 small farms by the Kyrgyzstan government. So, today in Krygystan, the Agency for Development Initiatives (ADI) is reviving small farm food production, providing an opportunity for rural Kyrgyz women to grow heirloom vegetables, revive traditional agricultural knowledge, and earn income.

ADI’s work is based on the cultural values of Kyrgyzstan people, invoking the spirit of living harmoniously with nature. And the revival of local seeds in Kyrgyzstan is more than a technical matter; it’s biocultural. Seeds have always been a focus of cultural and spiritual identity for Kyrgyz people. They are symbols of life, connection with the universe, and prosperity. Seeds are ozok, the core, the foundation for healthy food, especially cereal grains, which are often consumed with dairy products, a well-balanced diet for living at high altitudes. Local seeds are the basis of traditional medicine, folk kitchens for healthy food, and the secrets of healing with herbs. Seeds and their crops are cultural touchstones for Kyrgyz people.

In that spirit, ADI manages the Dyikan Muras (Farmers’ Heritage) Seed-Savers Network, created by Kyrgyz women vegetable farmers five years ago. To the women of Dyikan Muras, heritage seeds are sacred beings and symbols of their relation to nature. Their work with seed growers in three regions of Kyrgyzstan – Talas, Batken, and Chui – is a cultural matter and a biological one. Taken together, the biocultural basis for their work is to grow the highest quality heritage vegetables and seeds in strict accordance with current rigorous standards in the Kyrgyz Republic and consistent with their cosmological beliefs.

Dyikan Muras Seed-Savers Network honors seeds as sacred keys to all life. The women care for seeds as symbols of Indigenous Kyrgyz culture which values peace throughout society. For the women of Dyikan Muras, local seeds carry values, energy, and spiritual identity. If the seeds are lost, so is some part of people’s harmony with the world. By saving and growing seeds, Dyikan Muras women reproduce their natural environment and what it provides for daily life, and thus they reproduce themselves in a deep sense. Because seeds for the Kyrgyz people are a way to transfer sacred energy to human beings, plants have sacred status. To this point, Dyikan Muras women believe that respecting, protecting, and increasing biocultural seed diversity can awaken people’s aspirations for harmonious life and basic happiness.

Putting their beliefs into practice, the Dyikan Muras (Farmers’ Heritage) Seed-Savers Network, will reach scores of rural women over the next few years, managing productive and profitable small-scale vegetable farming operations (one-half acre on average). They are building greenhouses and establishing plots for reproducing seeds and for practical research on seed selection. The network of experienced and new seed growers visit one another to share what they know and have learned. Via the network, ADI promotes holistic revitalization of heritage seeds; increases awareness among all Kyrgyz people about the relationship between spirit, health, the environment, and well-being; and nurtures self-determination by local communities in their actions to revive heritage seeds and Kyrgyzstan’s rural economy. 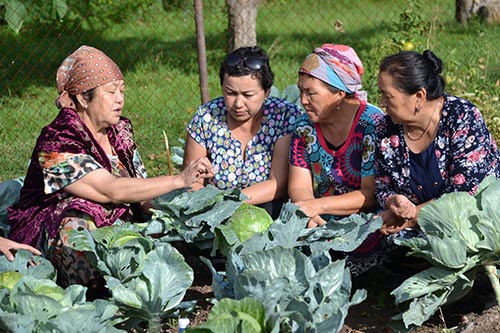 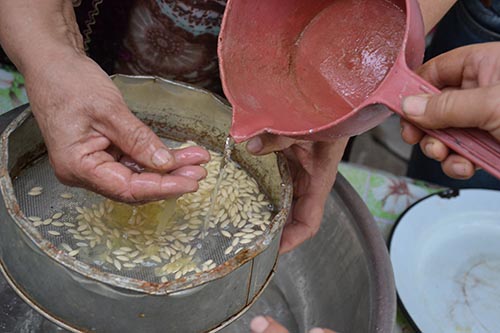 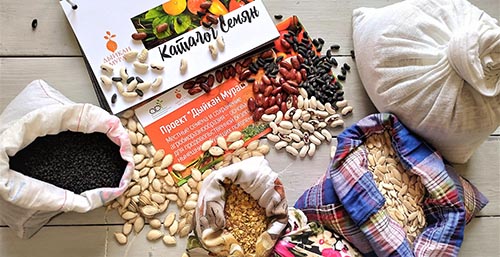 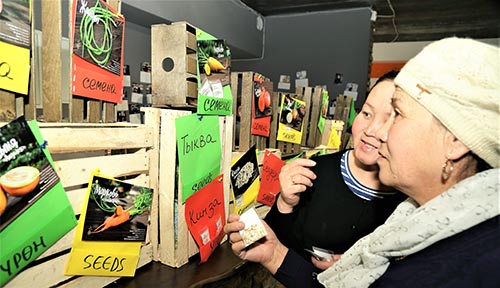