I first met Roberto Nutlouis at Tsyunhehkw^, or Life Sustenance, the name of the 83-acre organic farm of the Oneida Nation of Wisconsin. There we harvested corn together, a field activity of the National Food Sovereignty Summit. Roberto is Navajo, however, and was visiting from northern Arizona where he is Restorative Economy Program Director of Black Mesa Water Coalition (BMWC). As we filled our burlap sacks with ears of Oneida yellow corn, Roberto told me about BMWC’s work to restore traditional corn fields and water systems managed by Navajo Clan Mothers on their lands. So, last year on a cold March day of hail, rain, and sun, I visited Roberto on the vast Navajo Reservation. He took me around the land. We dipped into valleys of fields and pasture lying in yellow soil then back into the surrounding hills. The peaceful land masks the atrocity of Navajo wealth lost during the time of Roberto’s grandparents, when scores of sheep were massacred upon U.S. federal orders. Yet Roberto grew up on the Reservation with indomitable spirit, and he is devoted to regenerating traditional ways of Navajo life and sustenance.

Over 20 years, Black Mesa Water Coalition (BMWC) has grown from a small, student-managed group to an established NGO focused on food sovereignty, energy independence, and restorative economics to better the lives of local Indigenous communities. As part of its work on the Navajo Reservation today, BMWC is helping reinvigorate the traditional farming system that depends on seasonal monsoon floodwaters to irrigate cropland. In brief, the surface runoff waters from the nearby hills bring plant matter and animal manure into fields. When slowed and captured, the waters replenish the soil. Allowing surface runoff to percolate is essential for the next growing season and the long term by recharging groundwater. Livestock are let into fields after harvest, and their manure is dug into the soil the following Spring. Native plants are left to grow after August, providing winter food for livestock and aerating the soil with their roots.

Navajo People, or Diné, developed their specialized dry land farming methods over many centuries, and grounded them in Sa’ah Naagháí Bi’ke Hózhóón, the natural order of life. To Diné, seeds are living beings, sacred gifts passed from generation to generation, and they sow seeds adapted to local conditions. They formed social systems to organize farming activities, all with deep reverence for Mother Earth. Diné believe that Mother Earth gave them four branches of knowledge, all of which are relevant to food systems today. Bik’ehgo Da’iinaani teaches to revere all life. Nihigaal teaches to share opportunities that are equitable for everyone. A’ha’ana’oo’niil teaches to promote and contribute to social cohesion. Haa’ayiih doo hodilzin teaches that nature is sacred, a true source of healing, and reciprocal in spirit.

BMWC honors these values in its work to heal the world by reaffirming the power rooted in Indigenous teachings to maintain the relationship of people to the sacred Mother Earth, protect Mother Earth’s ability to provide for the well-being of all creation, and transition to culturally-based, ecologically-restorative economies centered around healing. These ideals, embedded in BMWC’s work and nurtured by leaders like Roberto Nutlouis, pertain to all food systems where seeds, soil, and culture intentionally converge. 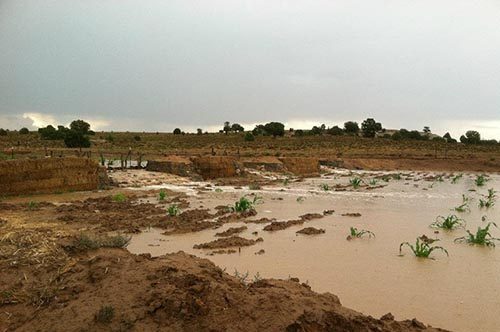 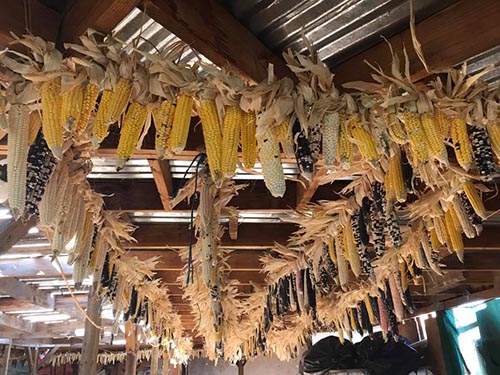 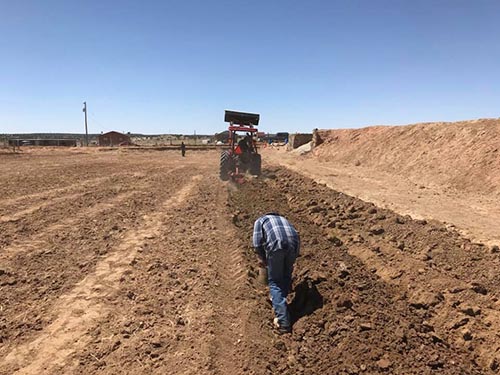